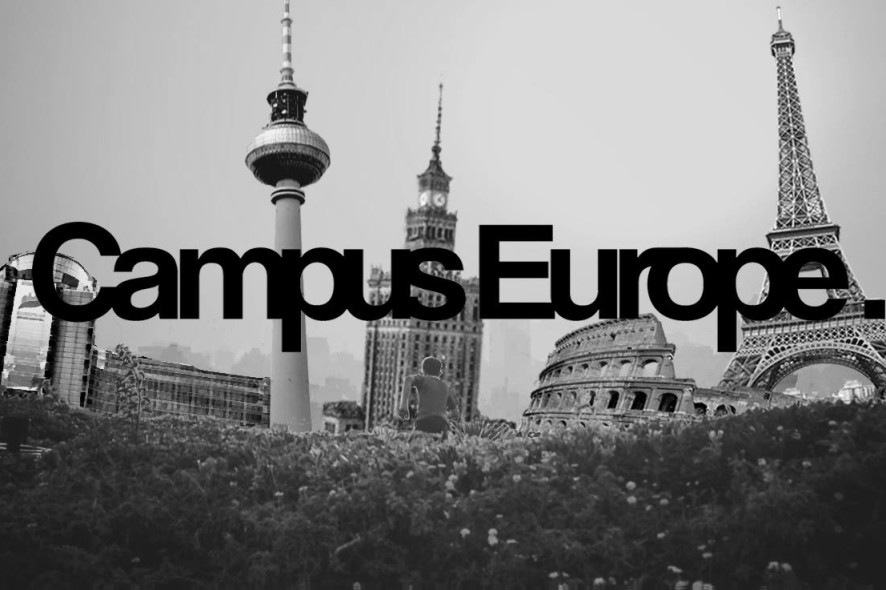 The story behind it…

As with most young people who go to university, also for us our first years in a new environment, new city, new period of life, and new country, were a time of change. Having left home, we found ourselves in Maastricht, a small but highly international – one might also say European – city in the very South of the Netherlands. And boy, did Maastricht teach us something about Europe and borders! Suddenly it became normal to drive to Germany to go shopping in the morning, sit in a Dutch library studying English literature on European affairs in the afternoon, and go to a house party in Belgium late at night. All while hanging out with people from all over the world, and without ever needing to show a passport or ID.

When the Euro crisis continued however, with “austerity” becoming the new buzzword of the continent, things started to become slightly different. We noticed how people who during the day lived together in a European environment, suddenly drifted apart over the crisis – mostly on national faultlines. Although sharing a European experience, people were still heavily influenced by their national sentiments and, most importantly, their national media. While German media was heavily attacking Greece during the crisis, so did the Greek media with Germany. The British media the continentals, the South the North, and vice-versa. The Eastern Europeans the Greeks, the French, Spanish and Italian the Germans, and so on. A not so nice, and seemingly never ending story… what is wrong with these people, we thought?

European integration, although flawed sometimes, has brought as one of its greatest achievements the increased exchange and understanding of the people living in Europe – mostly those of the younger generations. But while Erasmus, studying abroad, labor mobility and increased knowledge of languages have brought young Europeans ever closer together, there are still many obstacles in the way. Most national media in Europe today is, out of partially logical reasons, still heavily biased towards national viewpoints. Instead of trying to find real solutions for a pan-European crisis, they cater to national special interests and focus on what might be best for their particular country, ignoring the need to take into account their neighboring states or Europe as a whole. They perpetuate a blame game in which in the end everyone loses – except maybe for cheap populists.

In order to fight this, we decided to take things in our own hand. With a start team of three, we set out to create Campus Europe – a European media for and by students, dealing with matters not from a national perspective, but from a truly European one. And so here we are today.

Campus Europe is a network of Student TVs and young authors from all over Europe, who are connected in their mission to create a young, critical, and borderless news platform for its generation.

Together with a network of student TVs from various European countries, we produce a show dealing with issues that our young European generations are facing today. Through including reports from several countries in each episode, we make sure to take into account various viewpoints, hence allowing us to present a truly European perspective on issues.

We also produce our own film projects however, such as our recent “Campus Europe Goes Balkans” documentary series. For this project we traveled through the Western Balkans for four weeks, interviewing local activists, students, academics and politicians on the current political and social realities in the region.

Last but not least, we publish a large amount of articles, on everything that is of importance for young Europeans. We deal with political and economic issues as much as with questions of lifestyle and innovation, and publish opinion pieces, interviews or sometimes just a straight news article.

You can find all of our content on our website, as well as on our various social media channels. If you are interested in joining, working with us or just want to ask a question or say something, simply shoot us a mail and we will get back to you!