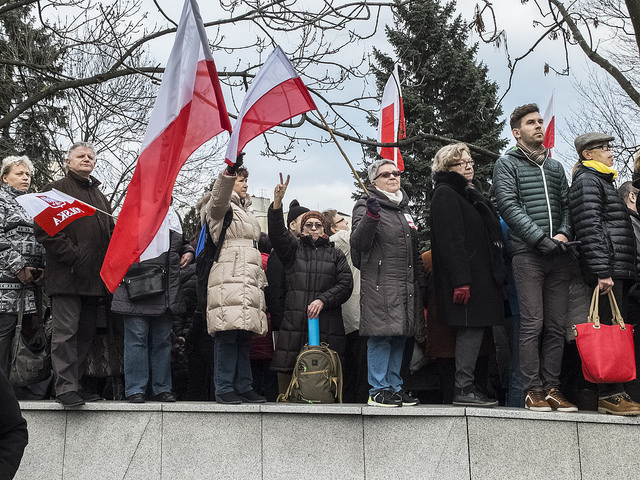 Like many other Europeans, I have anxiously followed the developments in Polish politics in the past weeks. As a child of Polish parents, born and raised in Germany, Poland has always been close to my heart. In the last 23 years, I visited my family in Poland regularly,  and I have been able to witness an almost fairytale-like transformation. When crossing the German-Polish border in the 1990s and early 2000s, I was able to see and feel Poland’s relative “backwardness” in terms of economic well-being. I was also confronted with the prejudicial image of Poland being a country of alcoholics and cleaning ladies, where farmers still use horse carts to plough their fields, quite often during my childhood in Germany.

All of this started to change in 2004 with Poland’s accession to the European Union. What has come to be one of the most decisive factors was the massive inflow of EU funds. In the period 2007-2013, Poland received 102 billion euros from EU funds. Even more interestingly, Poland managed to increase that sum to 106 billion euros for 2014-2020, even though the EU’s financial framework as a whole was reduced. Leaving the numbers aside and putting it into plain words: For 14 years in a row (2007-2020), Poland has been and will remain the largest net beneficiary of EU funds.

This massive structural programme has had several effects. One of them was that Polish citizens were able to develop a close relationship to the EU, as they saw signs stating “This project has been financed by EU funds” on many corners of their streets. Poland’s structural progress induced other positive developments. Tourists began to cross the open borders and my friends, relatively ignorant to Poland only a few years earlier, began to spend their Erasmus semesters in Krakow or Warsaw. The UEFA EURO 2012 has certainly also played a role in changing Poland’s image to a truly European country.

Economically, Poland began to prosper. In the first years of the Euro crisis, Poland was the only EU country with positive economic growth. The unemployment rate was nearly halved between 2003 and 2013 and the quality of life increased. Politically, Poland developed from a “new” member state to a significant player within the EU. Although, with Lech Kaczyński being President (2005-2010), Poland did not necessarily have the reputation of a constructive partner. This changed, however, under Prime Minister Donald Tusk and President Bronisław Komorowski who brought political stability to the country and promoted Poland’s standing. When the Ukraine crisis erupted, Poland was considered a relevant strategic partner, next to the usual big players of Germany, France and Russia – a power political novelty in the EU. And since 2014 Donald Tusk is the first Eastern European President of the European Council- cementing 12 successful years of EU membership.

These accomplishments are now being challenged. In October 2015, the Polish people gave its majority to the national-conservative party Prawo i Sprawiedliwość (Pis – Law and Justice) and thereby heralded the start of a new political era. Gone is the Poland that wanted to have a say in Europe – one of the first official acts of Prime Minister Beata Szydło was to remove the European flag from her government press briefings. The next step was to curtail the powers of the constitutional tribunal by staffing it with PiS confidants and raising the threshold for decisions to a two-thirds majority. Critics fear that this will prevent the tribunal from fulfilling its role as an independent supervisory body, as such a majority will be hard to reach. The Polish government proceeded unhesitatingly to its next project and took control of the public media by means of a new media law.

Thankfully, the Polish people took to the streets, demonstrating for free media and opposing the decisions of the government. These large-scale public protests encouraged me, bringing the Polish national anthem, with its dramatic title “Poland is Not Yet Lost”, to my mind. No, Poland is not yet lost. Nonetheless, it has to be borne in mind that this government was elected by a majority and that Polish society is split. On the one hand, there are young, modern, educated people, wanting to be part of an open Europe. On the other hand, however, there is also a large conservative, often Catholic, share of the population – the main target and voter group of PiS – which did not reap all benefits EU membership and globalisation have allegedly brought.

Many European politicians have expressed their concerns in the last days, which has been perceived in Poland as interference in domestic affairs. Being a member of the EU does certainly not mean that a country loses its sovereignty. Being a member of the EU does, however, neither mean that you can trample on fundamental European rights. And therefore I believe that it is good that EU Commissioner Timmermans announced to carry out a rule-of-law monitoring in Poland yesterday. Considering that it is the first time the Commission makes use of this instrument, it remains to be seen how effective it will be. Prime Minister Szydło in any case reacted on this announcement by saying that Poland will not carry out its foreign policy “on its knees” and that it will not consider partnership in the EU as a privilege but as Poland’s right. If the PiS government does indeed value rights that much, it should reconsider its actions. In the meantime, to save its place in Europe, internal criticism from Polish civil society and external criticism from the EU should not cease.

Viktoria Grzymek holds a Bachelor in European Studies and studied in Maastricht and Grenoble. She is currently working for a policy consultancy in Berlin. 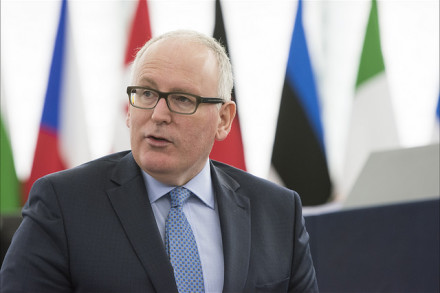