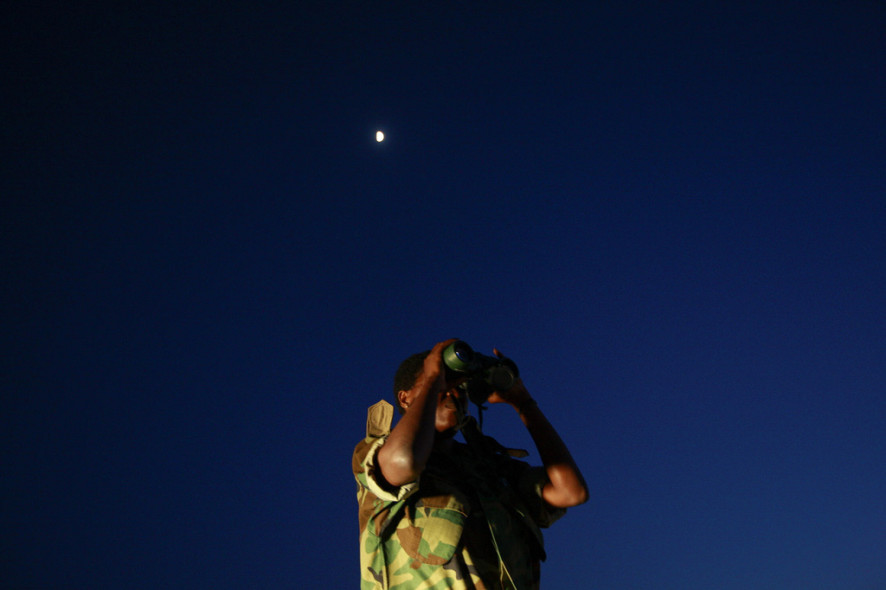 One year after the historical Paris Agreement, the climate change deal has officially entered into force on November 4th. The signatory states meet again from the 7th – 18th of November for the COP22 in Marrakesh.  Media attention will be on politicians, their goals and if COP22 can keep up with the ambitious targets set in Paris. Rather inconspicuous is what happens in the shadows of COP22 in Marrakesh. The conflict between Morocco and the autonomous region West Sahara has an additional controversy to it that is worth to be illuminated in the light of the UN climate conference.

What is happening at COP22?

In Paris, the major target was set to limit global warming to at least 2°C until 2100 or preferably even 1,5°. These numbers mark the tipping point for extreme, uncontrollable and irreversible effects of climate change. So far, the EU and more than 60 other signatories, responsible for more than 58% of global emissions have ratified the treaty. Now, the signatories have to come up with concrete plans until 2018 – a basis which could be set in Marrakesh. However, not many states have a plan. Even ambitious countries such as Germany will arrive at COP22 without any climate action strategy at all. And that is not the only problem. Looking at Europe, one sees that the EU does not act together (as one). Many eastern European states boycott the climate goals. Also, the EU is no leading force with its weak plan of only reducing 40% of emissions until the year 2030. This plan is remote from the 2C-formula. From the perspective of climate politics COP22 will not nearly be as exciting as COP21 in Paris was. It is very likely that participants will celebrate that the Paris Agreements has entered into force, but any concrete progress should not be expected, simply due to the fact that most countries will come to Marrakesh with empty hands. In the shadow of all these celebrations and embarrassments, politicians seem to ignore what happens right next to them in Western Sahara. A region that is de facto occupied by Morocco and in which the human rights situation is very critical.

In the south of Morocco, one can witness the so called Western Sahara conflict that already lasts for decades. It is a conflict between the Kingdom of Morocco and the so called ‘Frente Polisario’. After Spain lost its former colony Western Sahara, many parties claimed that the region should be theirs, most prominently Morocco. For that reason the ICJ ruled that the local Sahrawi population should hold a referendum to decide upon their faith. However, this referendum was never executed and Morocco simply occupied the region. Years of violent conflict between Morocco and the Frente Polisario followed. Polisario is a political and military organization that fights since the 1970s for the independence of the Sahrawi Arab Democratic Republic (SADR). Frente Polisario still calls for the referendum up until today. The Moroccan government tries to settle people from the north of the country in the Western Sahara, trying to make the referendum unnecessary.

The SADR is only recognized by very few other countries, none of which is part of the EU. The UN and many EU member states acknowledge that Morocco has annexed the region but at the same time do not recognize the SADR. Morocco is continuously criticized by human rights organizations for its treatment of the local population in Western Sahara. As a matter of fact, 150.000 Sahrawi refugees live in Algeria because of the conflict. Quite controversial, considering the practice of many EU states that declare Morocco a safe state and based on that declaration deny political asylum to many Moroccans fleeing their country.

The EU’s role in the Conflict

Economically, the EU is the most important trade partner of Morocco and both have a free trade agreement. This is a very delicate detail, because the official UN status of the Western Sahara region is “non-autonomous”. According to international law the ruling entity of a non-autonomous area is only permitted to use the resources of the area, if the local population agrees and benefits from it. In the case of Western Sahara this is not the case because the Sahrawi people are de facto suppressed by the Kingdom of Morocco. Consequently, Frente Polisario went to the European Court of Justice (ECJ) claiming the free trade agreement between the EU and Morocco unlawful because Morocco is exporting goods from the Western Sahara. This is controversial because it means that the EU would recognize the annexation of Western Sahara by Morocco as valid in order not to threaten its trade interests. Once again the EU would appear as ambivalent and hypocritical, one of the reasons for widespread eurosceptism. In 2015, the ECJ ruled that based on the human rights situation, the claim of Frente Polisario is valid. The reaction from Morocco was outrage and a cut of the diplomatic relations to the EU in February 2016. To cool down the emotions, the Council of Europe declared that it does not accept the ruling of the ECJ. Currently, the ECJ deals with the case Council of Europe vs. Frente-Polisario and the parties negotiate if Morocco is entitled to export products from Western Sahara. A ruling is expected in December of this year.

This is not the end of the dubious story between Morocco and the EU. By looking closely one can see that the Western Sahara-controversy also found its way into COP22. As the host of the climate conference, Morocco wanted to show off its success of renewable energy projects. Therefore, Germany’s Siemens and Italy’s Enel seized the occasion to present the windparks they are currently constructing in Morocco. Their joint project is supposed to serve as an example of successful cooperation of EU businesses and the Kingdom of Morocco. Notably, however, these windparks were and currently still are built in Western Sahara.  Twenty-two windmills produce the energy that is then used to further exploit the resource rich Western Sahara by mining precious phosphate. Human rights organizations, such as medico and the Western Sahara Resource Watch (WSRW) criticize this vehemently.

Europe needs to restore its credibility

The European engagement with the situation in Western Sahara is a perfect example for the ambivalence of the EU’s foreign relations. The image of a Janus faced Europe is often painted by critics of the Union and in the case at hand rightly so. At the COP22, European politicians should therefore use the international platform they have to draw attention to the political situation of Western Sahara and call for the execution of the referendum. In these times of crisis, in which populism is surging both within the EU and beyond the Atlantic, the EU needs to do anything it can to at least restore its credibility and faith in its own values.