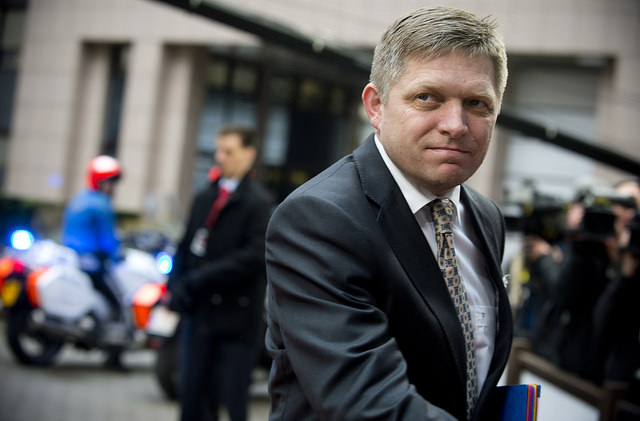 Out of all the upheaval provoked by the influx of refugees and the destabilization of the Schengen area, one country has distinguished itself from others. Lesser known than Viktor Orban or the new Polish government of Beata Szydło, Slovak Prime Minister Robert Fico has systematically refused the idea of a refugee quota and embodies the impossibility of the EU to strike a deal on the question.

A vicious circle is ongoing. If EU states cannot agree with each other, then it prolongs the absence of a political answer towards a system which is inefficient today. Schengen’s destabilization is therefore worsening which paves the way for individual national decisions and so on… until a compromise is reached – or the end of Schengen.

Thus, not only threatening the whole Schengen acquis, fierce Slovak opposition reveals political (cultural?) differences that question the European Union as a political identity. Is the Union facing the most important challenge of its history? The question needs to be asked.

One must know that even on his crusade against refugees, Robert Fico remains a politician running for a third mandate as Prime Minister. In campaigning for the legislative elections taking place today, Fico labelled himself “defender” of the country against refugees and the orders coming from the European Union. His campaign slogan was ”We protect Slovakia” (Chránime Slovensko) and he fuelled it with populist rhetoric.

The monitoring of “every single Muslim” would be ongoing while Slovak citizens would be enduring an “immensely high” security threat [1]. The Paris attacks and the events in Cologne were also used to keep the focus of the elections on the migrant crisis rather than on other domestic issues [2].

Already benefiting from the Slovak fractured opposition, Fico skilfully exploited the refugee question and is likely to secure a historical third term even though the formation of a coalition could be needed [3].

Nonetheless, “Super” Fico’s stance is only the tip of the iceberg as the refugee quota triggered a united refuse across all political lines. Only the Slovak President Andrej Kiska has called for “more understanding of EU solidarity” [4] and political divergences come up only in regards to the acuteness of filling a lawsuit against the EU quota system.

For the current Slovak foreign minister Miroslav Lajcak (former UN high representative in Bosnia-Herzegovina), the proximity between politicians’ and citizens’ views is clear: “The political leaders in Slovakia respond to the feelings and expectations of the Slovak citizens,” (…) “I don’t remember any other issue where our national position — which is really built on the feelings of people — has been so much in contrast with what is expected of us from our partners”.

Likewise, according to a Eurbarometer survey from spring 2015, only 37 % of Slovaks are feeling positive about immigrants from other EU states and 17 % for immigrants from outside EU (the EU-28 average is 51 % and 34 % respectively) [5].

Trying to explain such a reaction, Western European media pointed to the lack of previous multicultural experiences linked with colonies or the physical separation from the rest of Europe by the Iron Curtain. However, historians such as Eloise Adde and Roman Krakovsky prefer to recall the “imperfect” process of nation-building of the Central European states [6].

The former Austro-Hungarian Empire was a land of multiculturalism where different communities coexisted. It is the implementation of nation states in the aftermath of WWI that altered the political mosaic of the region.

Indeed, in the case of former Czechoslovakia, minorities like Germans, Hungarians or Poles were significant enough to be seen as “possible challengers” to the Czechoslovak majority. The Sudeten crisis profoundly marked popular imagination as it somehow brought this fear to life. This crisis not only led to massive expulsion of “ethnic-Germans” but also provides a good example of how minorities and the nation state can be antagonistic towards each other.

In a similar theory, the French historian Catherine Horel developed the idea of a proper martyrology fuelling a “myth of weakness” in the Central European region. This martyrology would go hand in hand with a complex of inferiority and fierce nationalism to balance it.

What does that mean in other words? One must look back into history and look at how national communities were built rather than invoking a lack of multiculturalism to understand the rejection of refugees in the Central European states.

Thus, the dispute over a refugee quota badly hides what could be seen as cultural differences hardly reconcilable. It is also likely to have an adverse effect as Central European countries benefit from Schengen. A political backlash cannot be excluded as they could be accused of double standards by other states.

Slovakia whose border crossings between Bratislava and Vienna are higher than anywhere in the EU[7] will assume the presidency of the Council of the EU in the second half of 2016. It will then be interesting to observe how Slovakia will handle it and what reactions arise.

If “political divergences” arise, it will definitely confirm that the refugee dispute has weakened the normal course of conducting politics between EU states. This is why the refugee question is of the utmost (political) importance, it questions the whole European Union as a political project.

“It will not be easy, I am saying that very clearly”, Fico stated after he won the elections with 28,3 % of the votes without winning the absolute majority. The formation of a new government remains uneasy given the amount of parties (8) that have reached the 5 % limit to enter parliament. It is also important to note that the far right radical party LS-Nase Slovensko entered parliament for the first time of its history with 8 % of the votes.

[2] For another example of populist rhetoric from the same article.

[5] From the article before 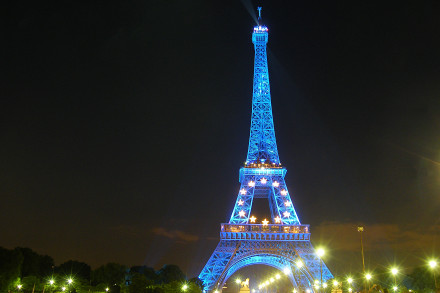 France won’t be following the UK out of the EU

TTIP: A Chance for Europe?