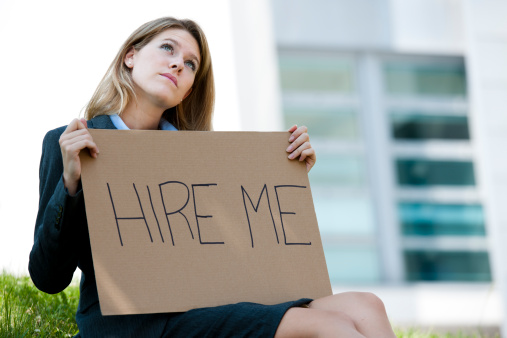 Getting a job right after you are done with your education – sounds great, right? It used to be quite normal, but it is not today. Youth unemployment is at a peak and it has several causes. The European Union tries to tackle some of those with the ‘Youth Guarantee’. It focuses on getting people under 25 to ‘do something’ within 4 months after their leaving education or getting fired: either with a job, an apprenticeship, a traineeship or continued education. But what exactly is this guarantee, how is it implemented, and does it really bring about significant change?

The EU Commission has accepted the proposal for this youth guarantee. It is, in their words, ‘both a structural reform to drastically improve school-to-work transitions and a measure to immediately support jobs for young people‘. Their plan is to improve cooperation between all actors involved. A key role is reserved for the PESs: the Public Employment Services. They should work together with social services, firms, and educational facilities, among others, to include young people in their project and find them jobs or educational or apprentice opportunities.

One of the main problems in youth unemployment is the vast amount of so-called NEETs. These are youths that are Not Employed, in Education nor in Training. The problem with them is, they are not registered anywhere, so it is hard to reach them. That is why the Guarantee wants PESs to cooperate with social services as well, so they can include these NEETs.

Each country can implement this plan in their own way. For example, the Netherlands focuses on a policy which reduces the number of early school dropouts, while Germany has to work on its equality of job opportunities; socio-economic background still plays a role there. However, a lot more work has to be done by countries that deal with a significantly higher youth unemployment rate, such as Italy and Croatia. They get help from the Youth Employment Initiative, which provides subsidiaries.

The main problem with this plan is that it is battling symptoms. Instead of looking at the core of the problem, the Youth Guarantee deals with its consequences. The big issue is that, one, universities apparently do not prepare young people well enough for their jobs, and two, too many people choose a field of study in which there are not enough jobs. These problems ask for a different kind of reform: changing the programmes and courses at university and informing the prospective students better about the chances on the labour market for different fields of study.

However, the Youth Guarantee does no such thing. It tries to battle the youth unemployment problems by taking on the youth that is the victim of these circumstances, rather than changing the circumstances themselves. They offer opportunities for extra schooling or training, when this should be incorporated in their previous education – extra education should not even be necessary. Even though this plan might – and I will return to that later – help the people who need that right now, it does not bring about the structural reform needed to prevent these youths from ever falling into this gap.

Regarding the effectiveness of the plan itself; this article poses some doubt to that as well. Since the economic crisis, the number of ‘zero-hours contracts’ has risen enormously. These contracts do not specify a certain amount of hours worked by the employee, but rather means that the employee can be called upon to work anything between full-time hours and not at all – zero hours. This is an extremely insecure form of employment and not a stable income at all.

This does not necessarily mean that zero-hours contracts are pure evil: they can be quite useful for, for example, part-time jobs for students. The difference is that in these cases, it is a part-time job next to university, while for the youths in question it would be preferably full-time. What adds to the instability of these contracts, is that once a company hits a low, the employees with such a contract are the first ones out.

Now it would be harsh to say that all youths helped by the Youth Guarantee will get a zero-hours contract, but realistically speaking, a lot will. The success numbers of for example Finland are only based on whether the young people get a job, not on how long they stay with it. Therefore, it is very likely that for most youths, the Youth Guarantee is nothing but a short-term solution that does not call for the structural reform needed.